The Foot Guards draw upon the heritage of the Household Division of the United Kingdom and blends it with its own history creating a uniquely Canadian identity.

The complete and proper name of the Regiment is “Governor General’s Foot Guards”.

The name of the Regiment has undergone minor changes; the change is listed by date that it was taken into effect. 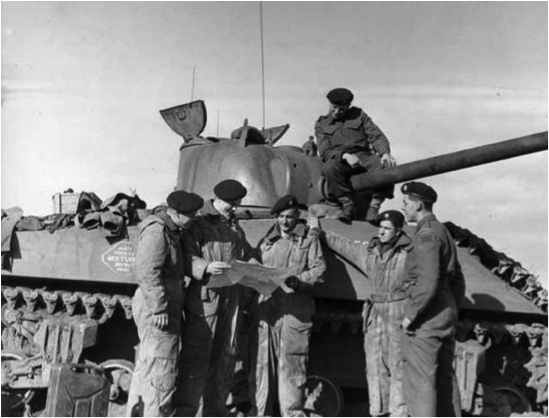 The motto of the Regiment is “Civitas et Princeps Cura Nostra” which is Latin and may be translated as “Our Care is Queen and Country”.

The first Regimental March of the Regiment was the British Grenadiers which was officially authorized in 1899 prior to that the Regiment played a number of its own pieces.

The tune of “Milanollo” was written by the 19th Century German composer Johann Valentine Hamm for the Italian violinist sisters Teresa and Maria Milanollo, who introduced it to England in 1845 in the course of extensive European tours. It was adopted by the GGFG in 1929 at time of the alliance with the Coldstream Guards.

Based on the aria ‘Non piu Andrai’ from Mozart’s opera, “The marriage of Figaro”, this march is thought to have become the Coldstream regimental slow march about 1805. One story is that the eight year old Mozart, visiting England in 1764, saw the Changing the Guard and proceeded to write a march for the Coldstream Guards, who were playing on that occasion. Later, it is said, he introduced the same march into his famous opera. In June 1812 when the opera was first played in London, the audience were puzzled by the reminiscent effect of ‘Non piu Andrai’ until they realized that for several years the tune had been played by the bands at the Changing the Guard ceremony. 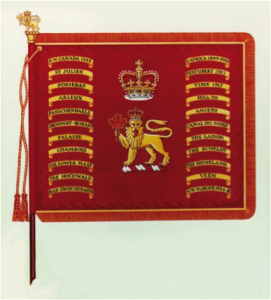 The Queen’s Colour is crimson with the crest of Canada in the centre and 11 Battle Honours emblazoned on each side. 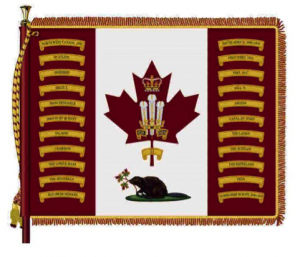 The Regimental Colour is the flag of Canada with the Number 2 Company badge in the centre and 11 Battle Honours emblazoned on each side. The company badge on the colour changes with each new stand of colours.

The soldiers’ cap star has six main rays signifying the six provinces of Canada at the time the Regiment was formed: Ontario, Québec, Nova Scotia, New Brunswick, Manitoba, and British Columbia. the motto of the Regiment is inscribed in the annulus. Soldiers are awarded their cap star upon successful completion of their Basic Military Qualification (BMQ) course. 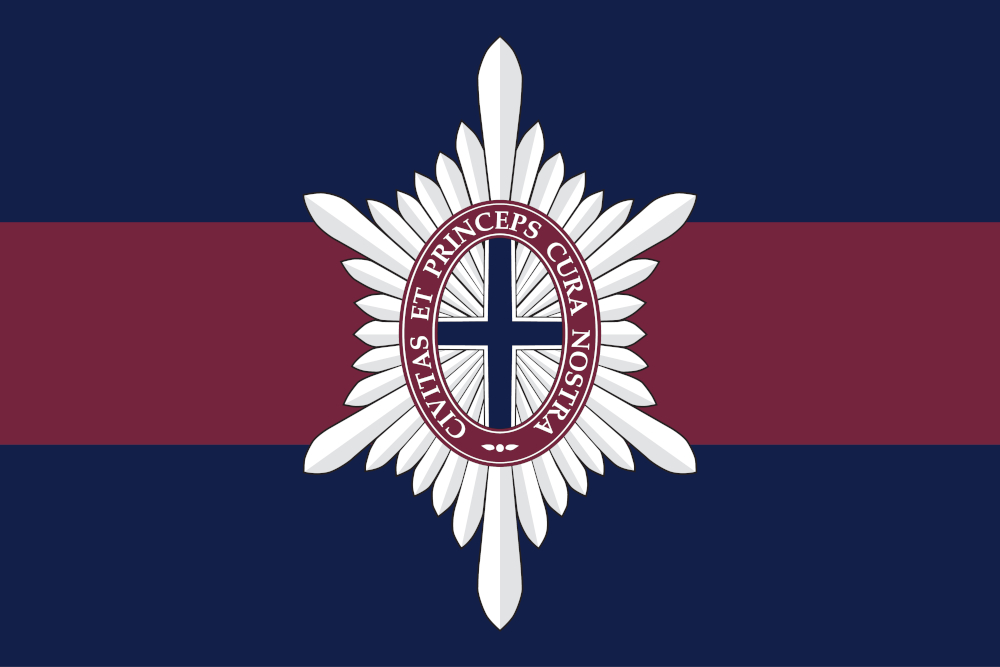 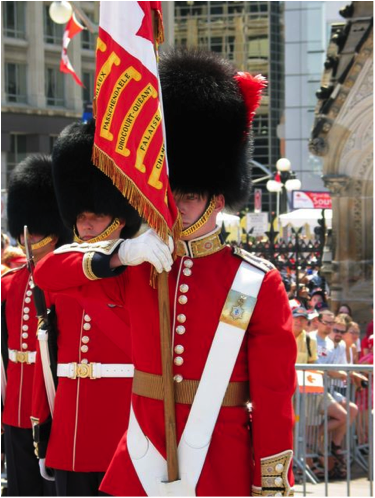 The scarlet tunic and bearskin cap worn as Full Dress are patterned after our allied Regiment, the Coldstream Guards. The uniform has been modified to distinguish the GGFG from the Coldstream. The red plume is worn on the left side of the cap and, the badges are Regimental. The buttons are in pairs like the Coldstream Guards who are the Second Regiment of Foot Guards.

Infantry Second Lieutenants are referred to by the ancient title of Ensign, abbreviated Esgn. The name is derived from the task of carrying the “Colours” or “Ensign” by junior officers. 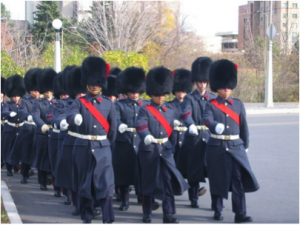 Infantry Warrant Officers are called by their former title of Colour Sergeant, abbreviated CSgt. This rank originated from the appointment of specific sergeants to escort and defend the colours.

Infantry soldiers, upon successful completion of their Basic Military Qualification (BMQ) course, are called Guardsman, abbreviated Gdsm. This honour was awarded by King George V in 1918 to mark the service of regiments of Foot Guards during the First World War. General Order 138 of 1923 promulgated this honour.

Members of the Band, upon successful completion of their Basic Military Qualification (BMQ) course, are called Musician, abbreviated Muscn. This term is used by regiments of Foot Guards.